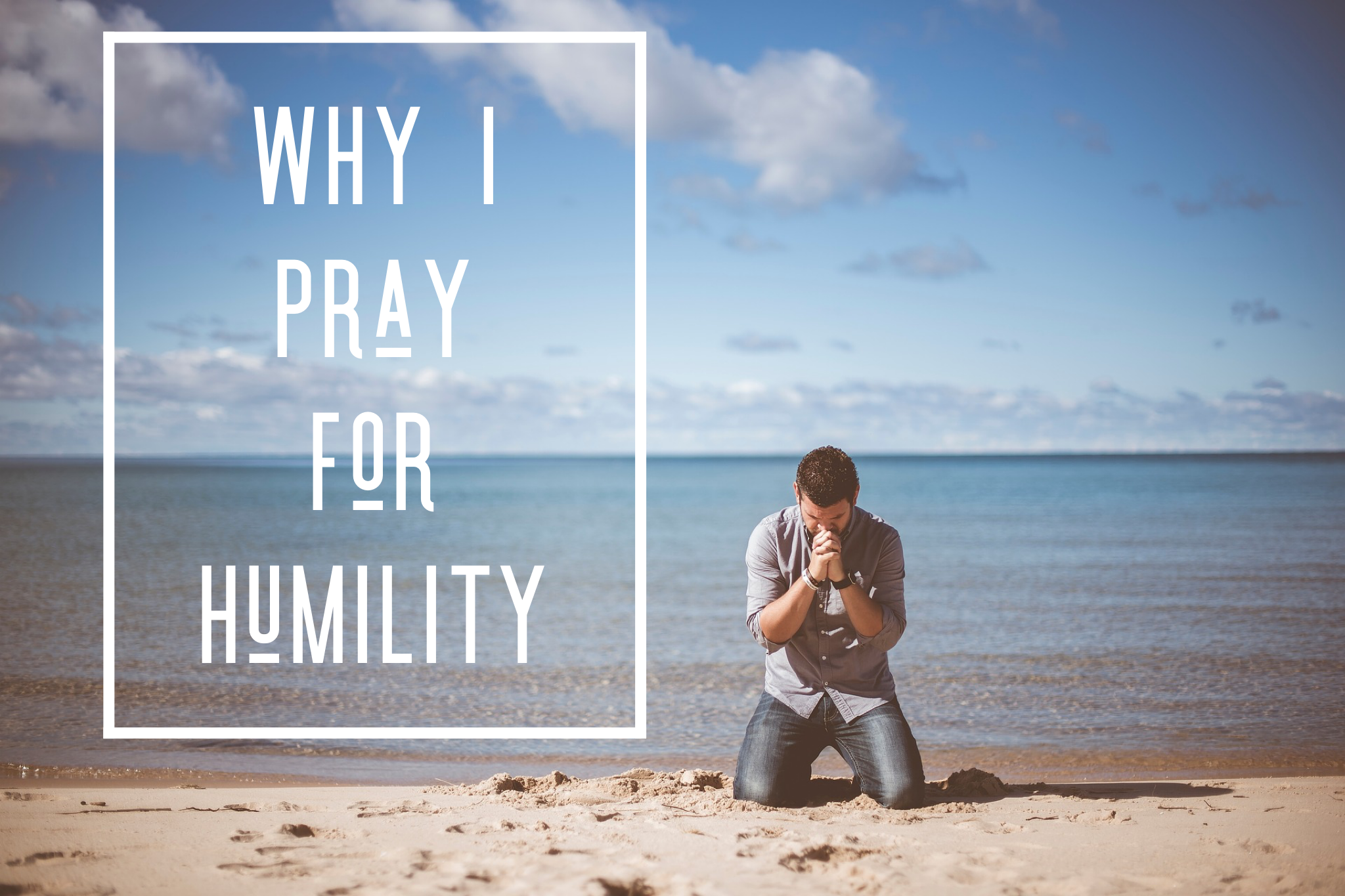 Why I Pray For Humility Humility is one of those things you can’t celebrate about yourself, right? When asked to list your strengths you can’t say, “Well, first of all, I’m super humble.”  Once you say you’re humble it kind of eliminates you from being humble, doesn’t it? No one has ever written a book on humility. And what would you call it if you did? “Humility & How I Attained It”.  No! It doesn’t work that way. We can’t claim we have humility but we are called to pursue it.

James 4:6 God opposes the proud but gives grace to the humble.

James 4:10 Humble yourselves before the Lord, and he will lift you up in honor.

If God gives grace to the humble and lifts them up with honor, then I want some humility in my life and so should you.  So, I’m not saying I am humble, nor do I claim humility, but it is something I pray for on a regular basis.  I often tell people, “I ask God to help make me humble, not to humble me.”  And there is a big difference.

We all know people in Scripture or people in life who have been humbled, right? There is story after story of people who lifted themselves up, only to be brought down by their own pride.  Doesn’t the Bible talk about this too?

Proverbs 16:18 Pride goes before destruction, and haughtiness before a fall.

This came more alive for me recently as I was reading in the book of Jude in the New Testament portion of the Bible. Jude is believed to be the half-brother of Jesus, a biological child of Mary and Joseph. (Mark 6:2-3) His birth name was Judas, but if that were my name and I was a follower of Christ in the 1st century, I would have changed it to Jude as well. It was those same brothers who were recorded as saying they didn’t even believe in Jesus as the Messiah. (John 7:1-5)

All that to say if I were the brother of Jesus who was now writing a letter for Jesus I would leverage my relationship with Jesus as much as possible.  That’s actually a sign of how much growing I still have to do in my own humility, and that was brought to light when I read the first verse of Jude.

Jude 1:1 This letter is from Jude, a slave of Jesus Christ and a brother of James. I am writing to all who have been called by God the Father, who loves you and keeps you safe in the care of Jesus Christ. (emphasis added)

Did you see that?  He was also the brother of Jesus but he didn’t leverage that. In my journal I wrote this: “Jesus was his brother too but he didn’t leverage that. Jesus was His Lord first.”  Wow! “Jude, a slave of Christ and a brother of James.” That is a massive distinction. Both Jesus and James were the brothers of Jude but he was only going to bow down to one of them.

Both Jesus and James were the brothers of Jude but he was only going to bow down to one of them.  Click To Tweet

The Benson Commentary said this:  (Jude) avoided the designation (as a brother of Jesus) in the inscription of this letter to show that whatever respect as a man he might deserve on account of his relation to Christ, he derived no authority from it as an apostle, nor indeed claimed any.

I was challenged by Jude’s humility. It shined a light on my own pride. If Jesus was my brother, I’d probably be telling everyone about it and expecting some kind of special treatment because of it. Not Jude. Jesus was his Lord, and he not only would bow down to Him one day, but he had already bowed to Him in his heart.

I’m still learning to bow! How about you?