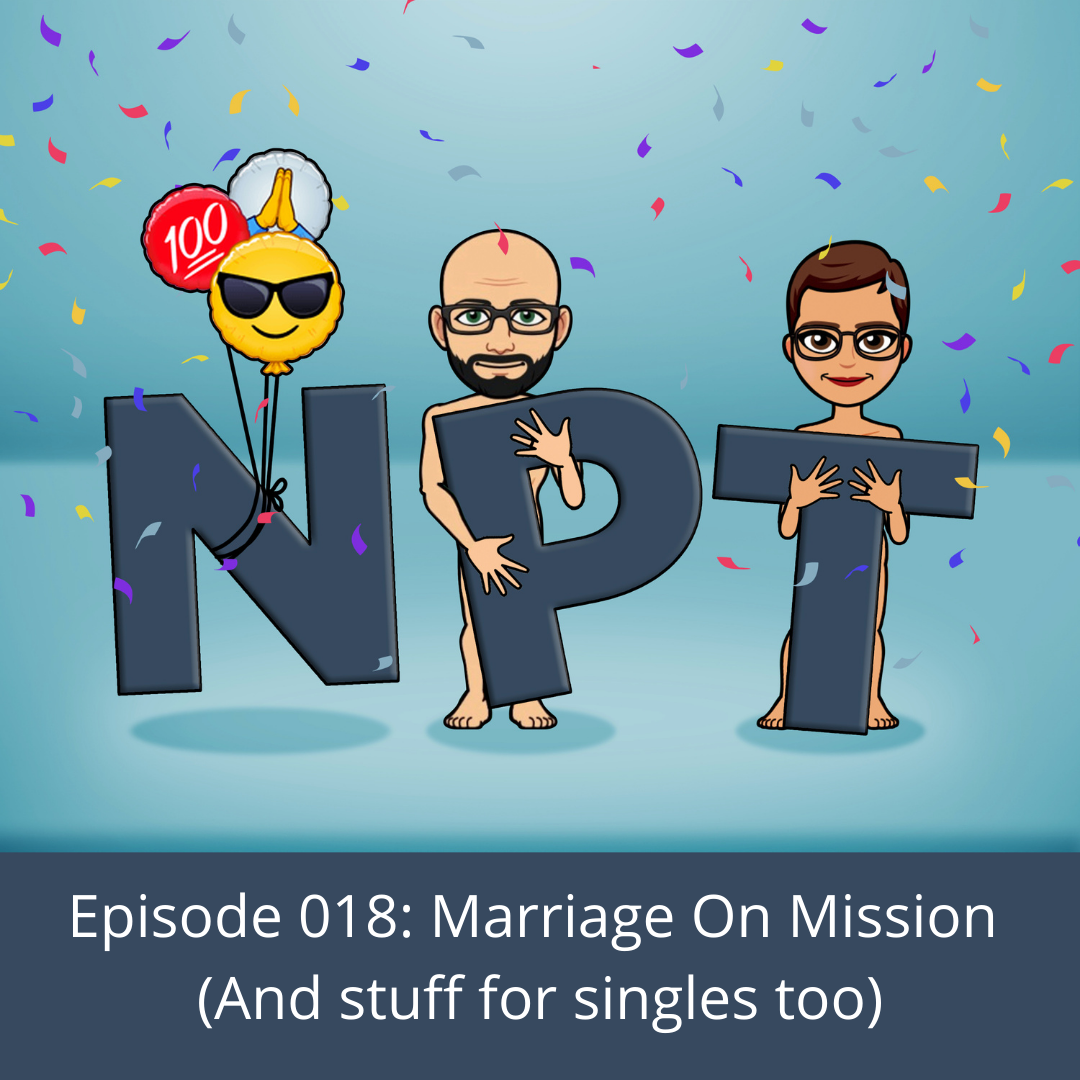 Episode 018: Marriage On Mission (And stuff for singles too)

In this episode, we start a conversation about living out a marriage that is on mission (And stuff for singles too)

If your marriage is not focused on the right mission, then your mission will become only about your marriage. ⁠

This affects single people too because as singles, you are also on mission… or should be. As a single, if marriage becomes your sole mission then you will not be living a life that is on mission. ⁠

Our marriage mission/mantra is this: We are united in Christ, unstoppable with Christ, and unbreakable because of Christ.

On the next episode we will start walking through the six core values for our marriage that help keep us on mission.

The Power of a Praying Wife by Stormie Omartian

An Impossible Marriage by Laurie and Matt Krieg

You and Me Forever by Francis and Lisa Chan

Genesis 1:18 Then the Lord God said, “It is not good for the man to be alone. I will make a helper who is just right for him.”

Genesis 2:24 This explains why a man leaves his father and mother and is joined to his wife, and the two are united into one.

John 15:13 There is no greater love than to lay down one’s life for one’s friends.

Ephesians 5:31-33 31 As the Scriptures say, “A man leaves his father and mother and is joined to his wife, and the two are united into one.” 32 This is a great mystery, but it is an illustration of the way Christ and the church are one. 33 So again I say, each man must love his wife as he loves himself, and the wife must respect her husband.

Luke 20:35 But in the age to come, those worthy of being raised from the dead will neither marry nor be given in marriage.

Matthew 19:6 Since they are no longer two but one, let no one split apart what God has joined together.