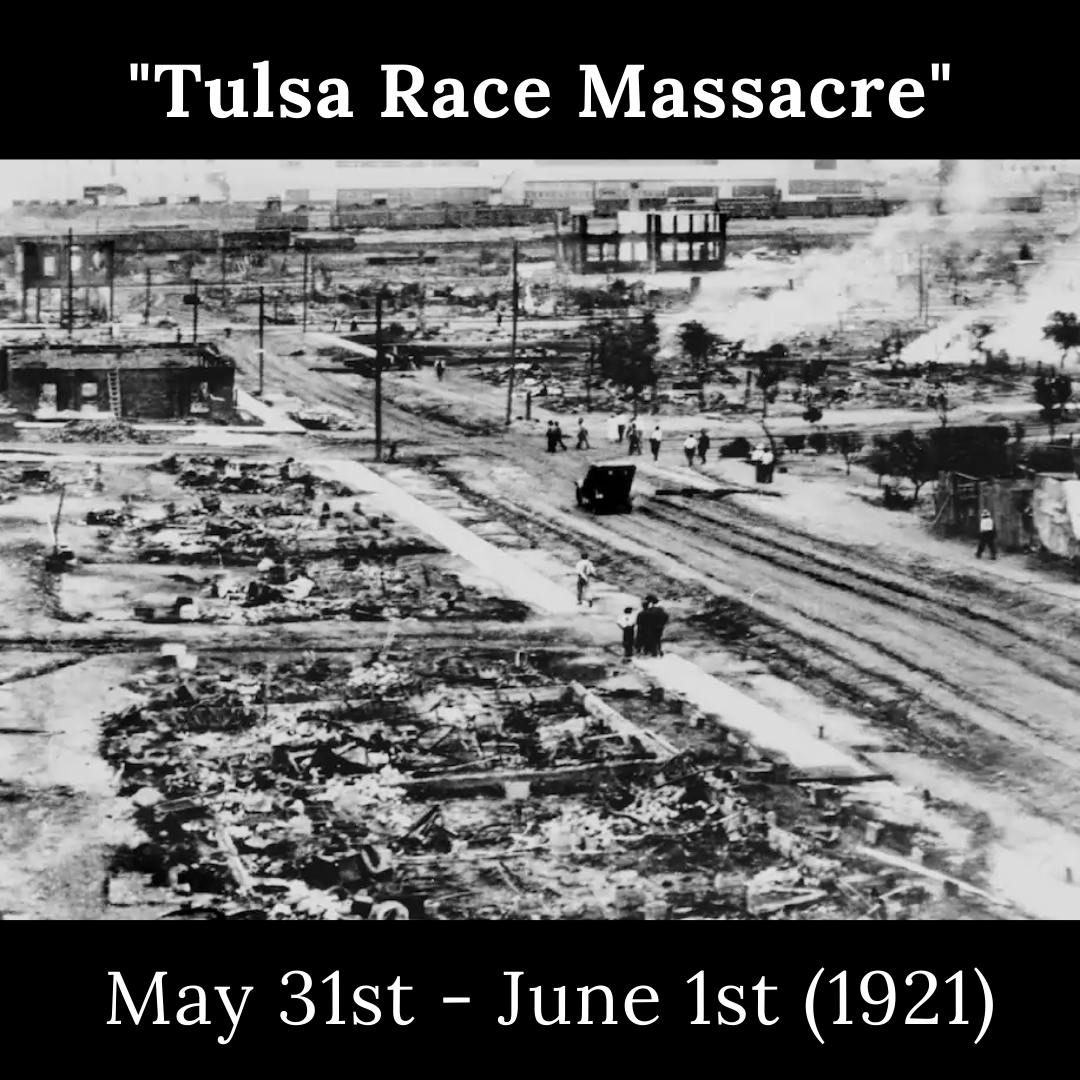 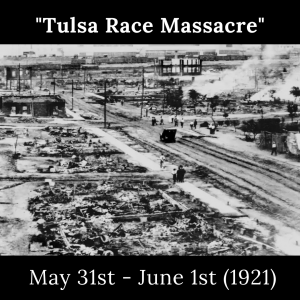 One Hundred years ago, on May 31st & June 1st of 1921, one of our nation’s worst acts of racial violence occurred in Tulsa, Oklahoma.

Now known as “The Tulsa Race Riot” or “Tulsa Race Massacre,” it is another sobering reminder of the depth of our depravity as human beings, especially in the arena of race, racism, and race relations.

The Greenwood District of Tulsa, OK, was a successful and affluent African American community. It had thriving businesses and banks and was surrounded by bustling residential neighborhoods. It even took on the nickname, “Black Wall Street.”

After a young black man in the area was accused of assaulting a young white woman, he was arrested and detained. When rumors started to spread that he would be lynched, and following an inflammatory report in the newspaper, the confrontation between black and white mobs in the street began to escalate.

When a gunshot went off, the black residents began to flee into the Greenwood District. What happened next was devastating for the black community and for humanity in general.

Greenwood was set on fire by angry mobs of white people. Thirty-Five city blocks were essentially burned to the ground. More than eight hundred people were treated for injuries.

Historians now believe as many as three hundred people may have died, and over six thousand black people were detained for as long as eight days. Detained, not for their involvement in any violence, but for being black.

Not one of the criminal acts committed by a white person on those two days was ever prosecuted or punished by the government.

Tulsa officials turned away outside aid to help rebuild Greenwood, leaving the restoration solely to the overwhelmed, overburdened and devastated black families of that community.

Amazingly, within ten years, survivors rebuilt much of the area, despite continuing opposition from local officials and white residents in their reconstruction.

This is just a tiny sampling of what happened on and around that day. For more info, go to www.tulsahistory.org or do a Google search for “Tulsa Race Massacre 1921.”

Lord, help us never to repeat things like this.

And may we ever forget!