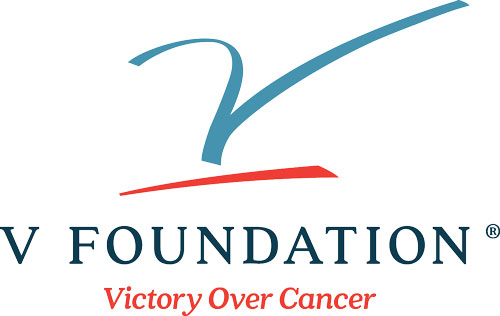 The Power Of A Vision: Jimmy V Foundation

Vision is a powerful thing, and I’m not talking about our eyesight. I’m talking about the ability to cast a clear and compelling vision. The kind that people will follow, sacrifice for and be generous towards. When done right, a vision has the potential to unite a group of people who otherwise wouldn’t be united around a common and compelling goal. This past week, I saw a perfect example of a powerful vision displayed on ESPN.

When done right, a vision has the potential to unite a group of people who otherwise wouldn't be united around a common and compelling goal. Click To Tweet

Culminating on Wednesday night with the ESPY awards, a focus on fundraising for the V Foundation’s fight against cancer was all over the ESPN family of networks. As I watched different programs talk about the V Foundation and attempt to raise money, and as I watched the highlights of the ESPY’s and the Jimmy V award for perseverance recipient, I couldn’t help but think about vision and the power behind it. Really vision and the simplicity of it. The power of the V Foundation doesn’t come with a lot of complexity but it is laced with powerful vision.

On March 3rd, 1993, a little less than two months from his passing, Jim Valvano gave one of the most moving, motivational and inspirational speeches ever given. If you haven’t seen or heard it before, I posted the YouTube video below. While Valvano would lose his life to cancer, with his life he set up a foundation to continue the fight against cancer, and 26 years later, it is moving ahead at full steam, awarding over $225 million of cancer research grants.

Inside of the powerful vision of the V Foundation, there are four things that rose to the top for me. They are all incredibly simple, but in their simplicity, they have created massive power.

1. The power of a single statement — If you are a sports fan, maybe even if you’re not, you probably remember the resounding statement from Jim Valvano’s 1993 speech. “Don’t give up, don’t ever give up.” Almost every recipient of the Jimmy V award since that day has repeated those words. They have become a mantra for many in the cancer community, especially the ones in the ESPN and sports arena. But while that one statement simple statement has echoed through the sports and cancer world for the last 26 years, the vision statement of the V Foundation is just as simple and just as powerful.

If you go to the V Foundation website you can’t miss it. Every sports anchor on ESPN who talked about the V Foundation fundraising would repeat it. It would take you all of five seconds to memorize it yourself. In fact, if you have never heard of the V Foundation you will probably never forget their vision from this time one. Are you ready for it? The vision of the V Foundation is to achieve victory over cancer. That’s it! And that’s quite a vision if you ask me.

A vision statement doesn’t have to answer every question, it just needs to answer one question, “where are we going?” In fact, a clear vision statement should be so compelling that it creates questions. Who, when, what, and how questions. The where and why has already been answered. Where = victory over cancer. Why? Do I even need to answer that? Who in this world has not been affected by cancer in some way? Who in this world doesn’t want to see victory over cancer achieved?

When you give to the V Foundation, you should have no question what you are giving to. You are giving towards victory over cancer. This makes me want to be even more simple in the communication of our vision at Element Church. There is power in vision, especially in a simply stated one.

2. The power of a single story —  Nothing makes vision stick as a story does. The V Foundation vision and the Jimmy V award is driven by great story’s. The Jimmy V story is an incredible one. The way he fought and faced cancer is inspiring. Others, like Stuart Scott, also fought and faced cancer in an incredible way. Each year, ESPN and the V Foundation does an incredible job of highlighting and sharing powerful stories of real-life people who are showing their victory over cancer. Not always that cancer goes away, but while cancer might take their physical life, in the words of Jim Valvano, “It cannot touch my mind, it cannot touch my heart and it cannot touch my soul.”

You might have a compelling vision statement but if you don’t back it up with stories your vision will die. If people don’t see how the vision is being fulfilled they will stop following that vision. Not because the vision isn’t good enough but because the vision wasn’t supported with stories of how you’re accomplishing it. You’re probably never going to have the power of the ESPN machine behind your vision, but you have to figure out a way to tell stories of how your vision is being accomplished.

3. The power of a single soul — There are a couple of ways you can look at this one. For the V Foundation, as long as there is one person who is afflicted with cancer, their vision is not accomplished. The V Foundation, in their vision to achieve victory over cancer, it is not complete until it is conquered completely. They aren’t looking to just slow down cancers reign in the world, they are looking to stop it. There are some great analogies for us here, especially in the church world, but this isn’t necessarily the single soul I want to talk about.

The most powerful and successful visions come from some of the most respected and humble souls. Part of the reason why the V Foundation is so successful is because of the man who started it, Jim Valvano. Valvano wasn’t perfect, that’s for sure. But the respect, admiration, and love for this man were evident in the sporting community.

The most powerful and successful visions come from some of the most respected and humble souls. Click To Tweet

In his book “Becoming a Coaching Leader”, Daniel Harkavy says this, “People don’t follow companies; they follow successful leaders.” He goes on to define success as not just winning on the job but winning in life. He talks about character more than competency as a sign of success. Jim Valvano wasn’t the greatest coach of all time. He did win one National Championship in college basketball as a coach and might have the greatest game-winning celebration of all time (You should definitely YouTube that). It wasn’t his greatness as a coach that drew people to him and the foundation, it was his greatness in life and his greatness in fighting cancer.

As leaders, I think we often focus more on the vision statement and story piece than we do our own souls. I wonder how many more people we could impact…how many more people would follow our vision if we lived from a place of a successful soul? To play off of the words of Jesus, what good will it be if we accomplish great visions which include great stories but we lose our own souls? Is anything worth more than our souls?