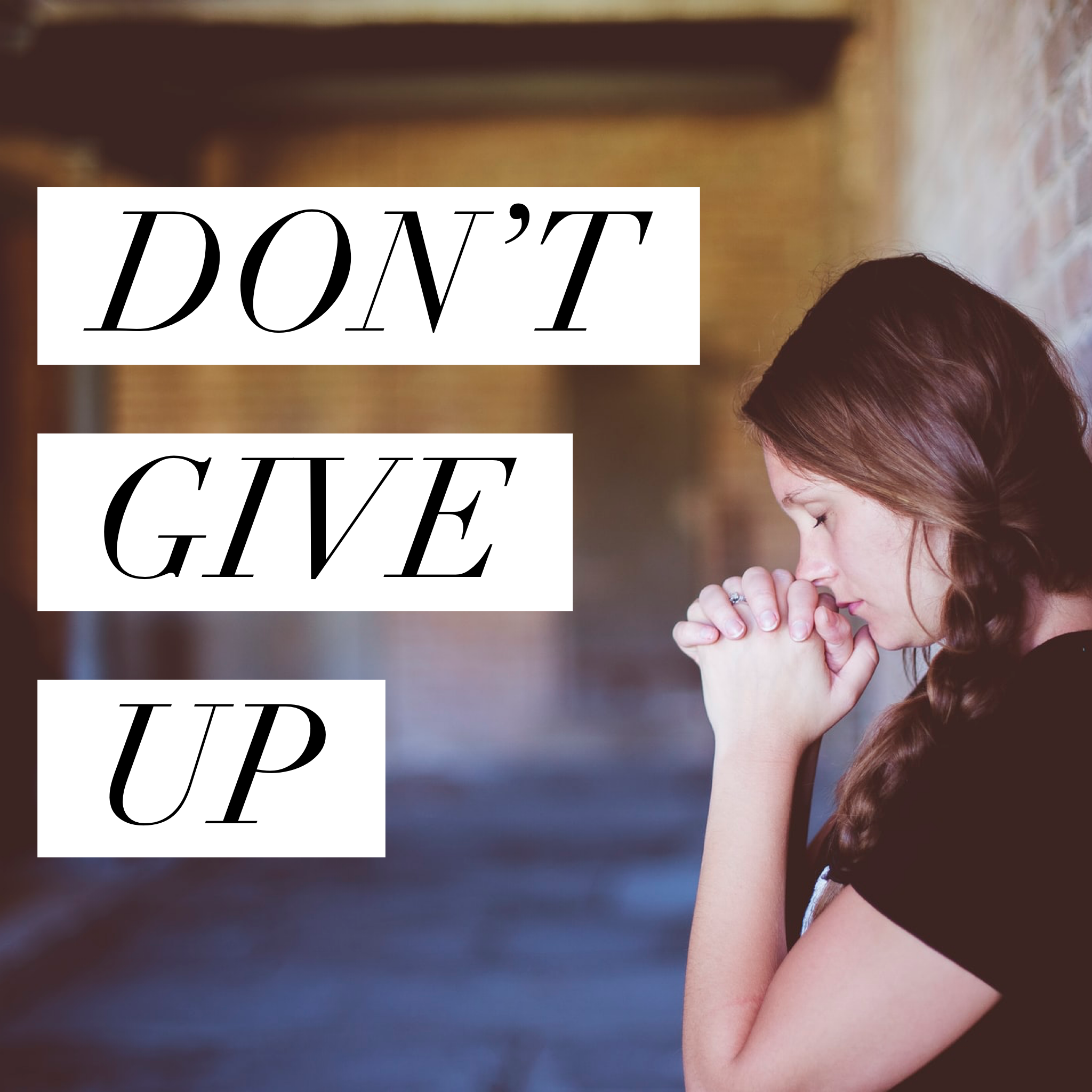 Don’t Give Up On Prayer If you have ever felt like giving up on praying for someone or something, this post is for you.

The timing of God blows me away. On so many occasions, I have been reminded that God’s in control. He is Sovereign. He cares about every part of my life in the most intimate ways.

Over the last several years, I have been praying a specific prayer request over a particular person in my life. Recently, after several conversations with this person, it seemed abundantly clear they had no intention of pursuing Jesus is a specific area of their life. I was defeated and discouraged, thinking, “God, are you even listening? You know what’s right for this person. I know what’s right. Why aren’t you moving on their behalf?”

I woke up the next morning and had my regular quiet time with God. I wrote in my journal, read the Scripture, and then opened up my Bible Memory app to review some memory verses. The very first verse up for review was 1 Samuel 7:8-9:

“Don’t stop pleading with the LORD our God to save us from the Philistines!” they begged Samuel. So Samuel took a young lamb and offered it to the LORD as a whole burnt offering. He pleaded with the LORD to help Israel, and the LORD answered him.

Now, why would I memorize these verses? Because on April 30th, 2016, I had an eerily similar encounter with God as already described. I had been working with and praying for a specific person in my life, but they seemed doggedly determined not to pursue God’s will in the area I was praying for. I was defeated and discouraged that day as well.

But on that day in 2016, God used a random Scripture in 1 Samuel to encourage me to keep on praying and never give up. In those verses, the people of Israel beg Samuel to keep praying for them. When I read it, I felt the Lord say, “Jeff, I know this person isn’t asking you to pray for them, but I am. Don’t stop pleading with me on their behalf!”

Now, four years later, that is the first verse in my Bible memory review app on the very day I’m experiencing a similar thing with someone else? I couldn’t time that out if I tried? But God can.

Luke 18:1 says One day Jesus told his disciples a story to show that they should always pray and never give up.

That’s what I’m going to do. Who’s joining me?