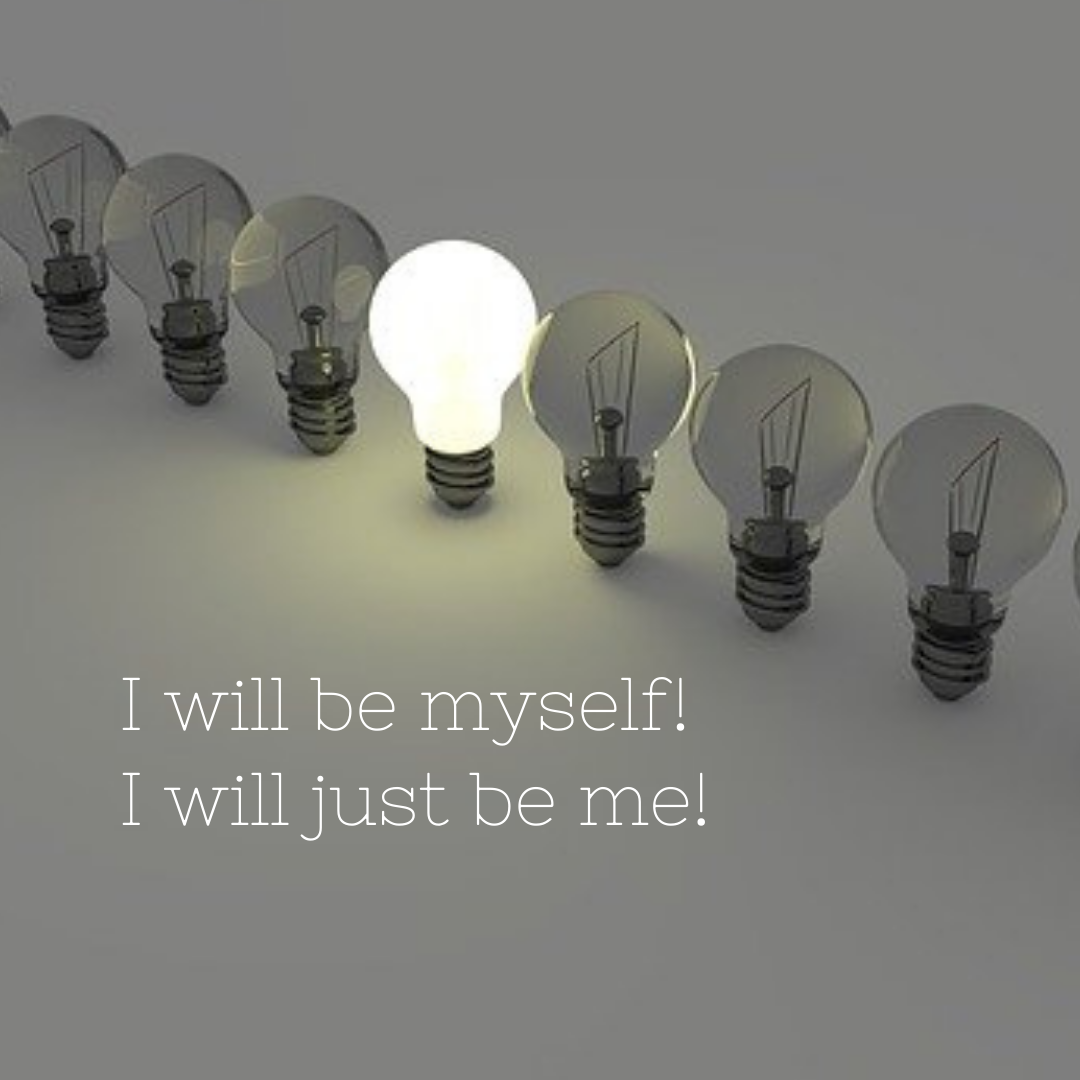 Declaration Of Truth: I will just be me! Declaration of Truth: I will be myself! I will just be me!

Do you ever struggle with comparison? That’s kind of like asking, “Are you human?”, right? If you’re breathing you’ve probably struggled with comparison at some point. Especially in this social media age in which we live.

For a while in my life this comparison was overwhelming. Through some listening prayer counseling, Jesus began to replace the lies of “I’m not good enough” with Truth about being me!

Moses struggled with this as well. When God called Moses to lead the people of Israel out of Egypt he objected. His objection wasn’t based on Pharoah killing him, or the difficulty of leading thousands of people on a camping trip. His objection was, “There is someone better than me!”

Finally, after a number of objections by Moses and even the suggestion to send his brother, the Lord said to Moses:

God used that Scripture to birth a similar declaration of Truth into my life. “Just be you!” It’s a powerful statement, but it’s what God wants from all of us. He doesn’t want us to be anyone else other than who HE created us to be.